Not known to many, Heart Evangelista professionally known in the art world as Love Marie is one gifted artist. She mentioned that she once trained with the help of a professional painter Ivan Roxas when she was young, but he ultimately let her do her thing. She used to paint on their home's white walls.

Upon first glance of her paintings, you will immediately think of Austrian painter Gustav Klimt. Heart's style resembles that of Klimt, and evolved from there. She does not adhere to a particular style though, as told by her, although her works are filled with symbolisms. To date, Heart has had five solo exhibits to her name and a number of collaborations with writers, designers, and brands showcasing her art.

For her first exhibit for I AM LOVE MARIE on May 8, 2014, most of her paintings were women.

According to philstar.com,  many were enamored by her work that all her 19 paintings sold out on its first day and for a first-timer, it's one big feat. Some of them are shown below. 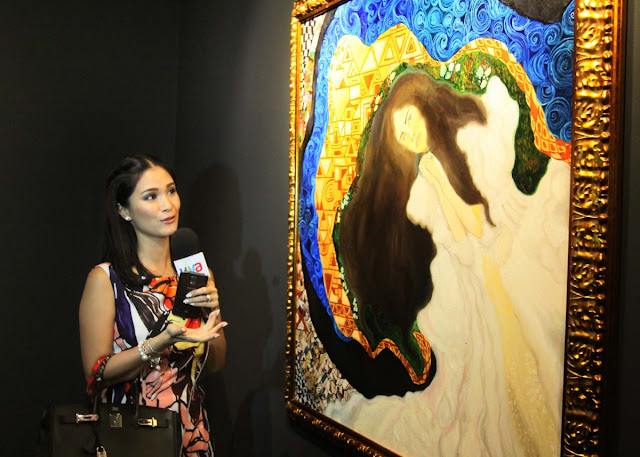 When asked what inspired her to paint this collection, Heart said, "I think it would be what I was going through and I needed an outlet and that was my only way to express myself. Sometimes, when you're open, a lot of people are looking at you or watching you or waiting for you to trip or make a mistake. You don't know how to express yourself or explain yourself anymore. So this is the best way to explain myself by not saying anything."

The 10-piece exhibition was sold out before the night ended, according to GMA News. 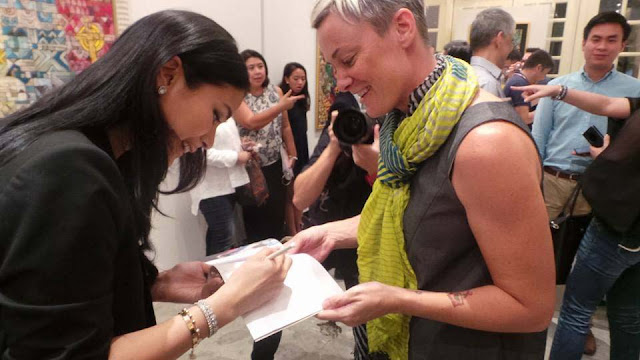 In 2015, Love Marie was ready to take her work overseas. In January, she held her third solo exhibition in partnership with CreamSilk at the Chan Hampe Gallery of the world-renowned Raffles Hotel in Singapore. The venue was so packed, that people who went in early had to step out to make way for new guests.
Five out of six paintings were previously showcased in her past exhibitions -- their owners were too happy to loan them to her for this important milestone in Heart's art career.

Two of the paintings (shown above) are inspired by Heart's close friends Alessandra de Rossi and Lovi Poe. 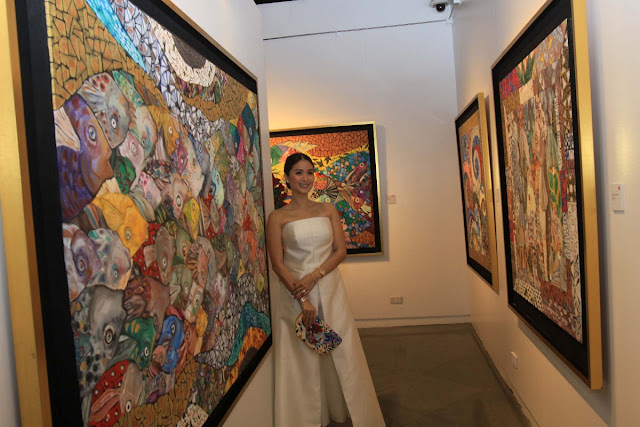 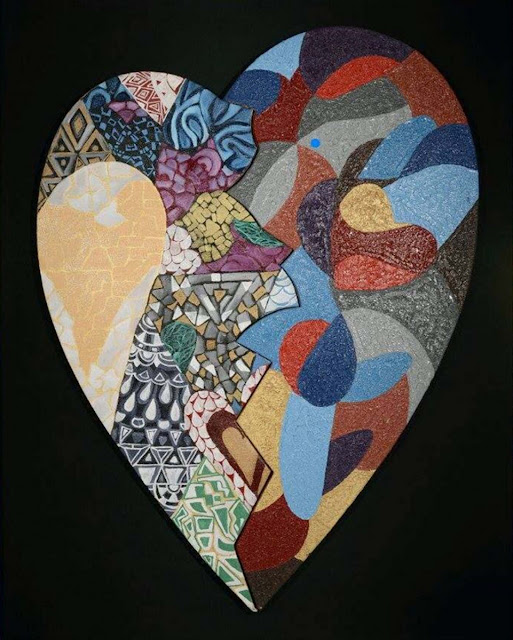 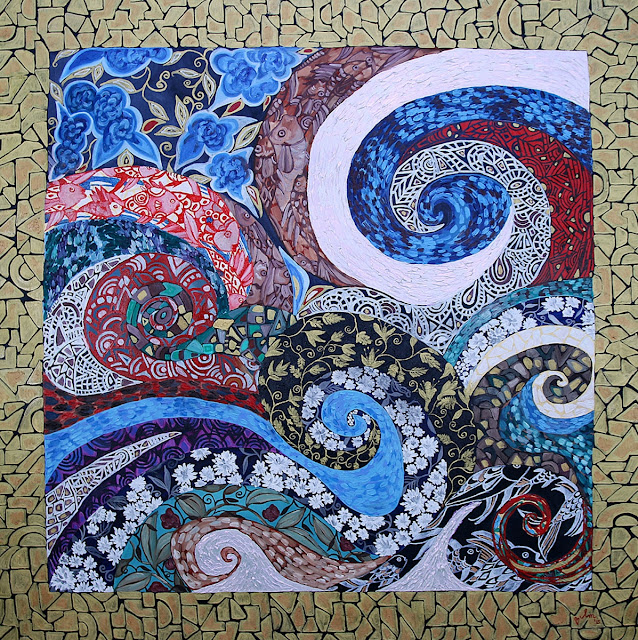 Held at the Volkswagen Showroom, Bonifacio Global City, Carry Your HeArt was an exhibition of art painted by Love Marie on luxury handbags. It all started with a spilt French fry and cheese dip onto one of her old Hermès bags. Years later, here she was, showing 40 Hermès handpainted bags, most of which were commissioned by her clients. 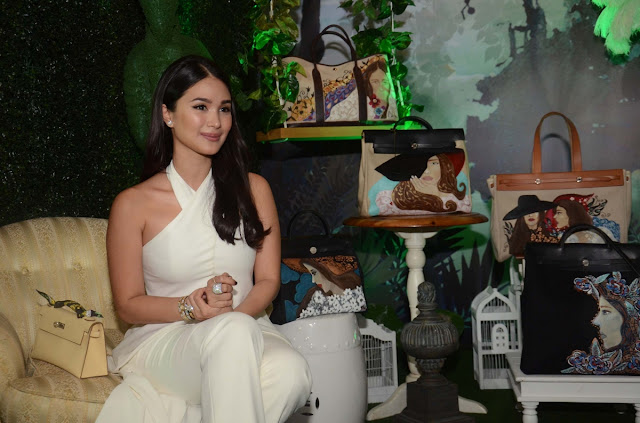 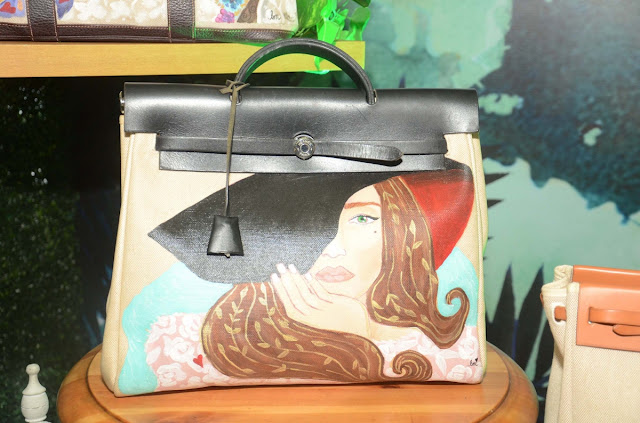 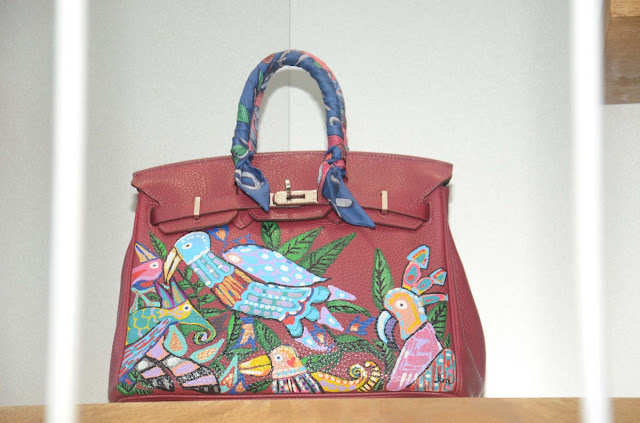 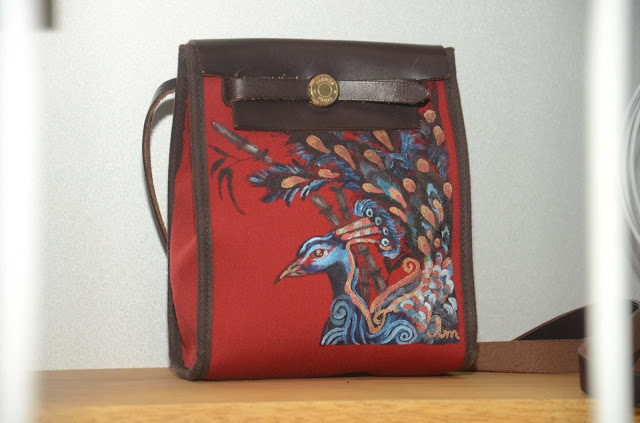 A 21-piece solo exhibition, In Full Bloom represented Love Marie stepping out of the shadows. Now bolder, more fearless. Even though her signature strokes still remain, this newest exhibition showcases her ever-evolving craft and subjects. 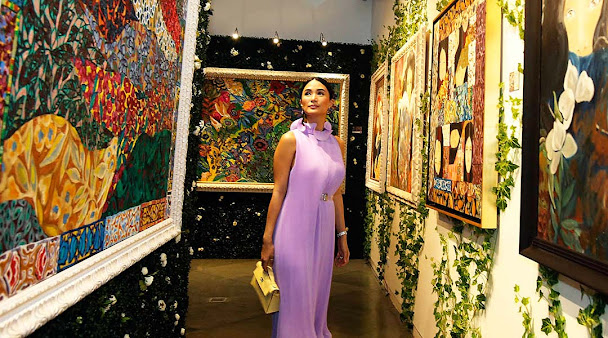 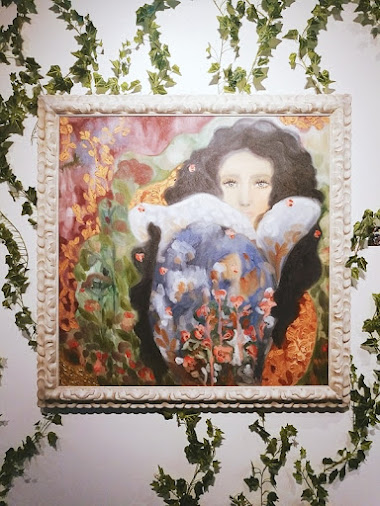 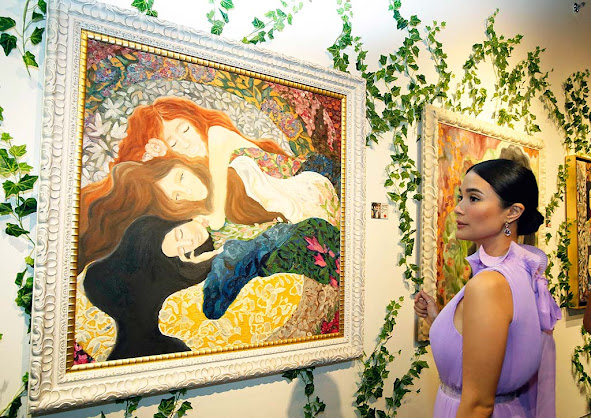 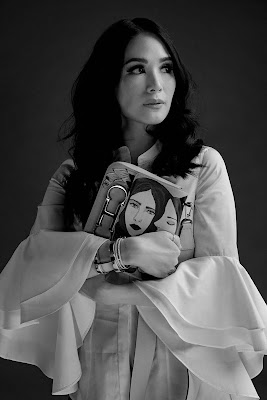 Photo Source: People Asia
In a separate video, Heart gave her fans a behind-the-scenes on how she painted her Insignia bag.

A collaboration no one new was coming! In 2021, Love Marie once again surprised her fans when she revealed she collaborated with Brandon Boyd, yes the lead vocalist for Incubus. Brandon founded Moonlight Arts Collective, a community of artists that moonlight as visual artists featuring Brandon himself, the great Anthony Hopkins, Lucy Liu, to name a few. And now, Love Marie Ongpauco-Escudero is one of those names! 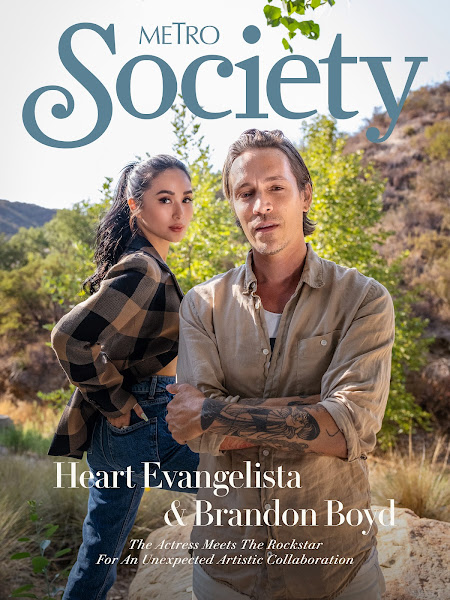 As part of Love Marie's ongoing collaboration with Moonlight Arts Collective, her handpainted bags are currently on exhibition at the Snow Lodge in Aspen, CO.