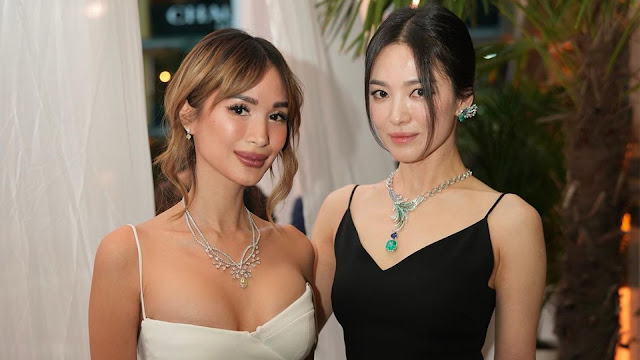 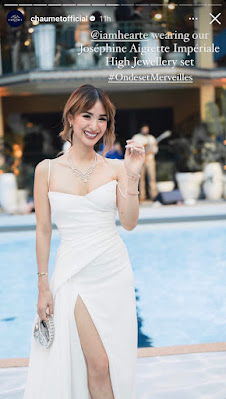 Also in attendance were the Chaumet muses Diane Kruger and Song Hye Kyo. 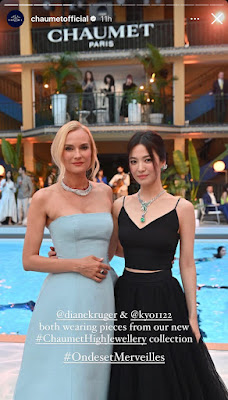 Fans of the K-Drama Full House, as well as followers of Song Hye Kyo and Heart Evangelista, were highly anticipating an interaction between the two. Full House is a South Korean series released in 2004 where Song Hye Kyo played the lead female character Han Ji Eun/Jessie. It was so popular then at it helped propel the Korean Wave in the Philippines. Years later in 2009, it was adapted for Philippine TV where Heart Evangelista was cast as Jessie. 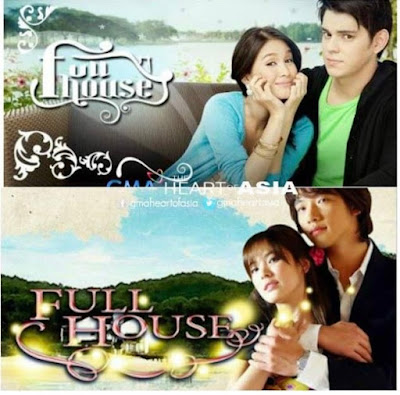 And we weren't disappointed, because throughout the night, they were seated at the same table--just two seats apart! 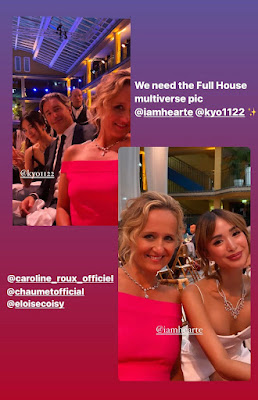 Of course, Heart did not disappoint us because later that night, she shared a gorgeous snap of them together!

What a magical moment!

Hi! Thank you for visiting my blog! Like what Heart says, the Internet "should be a fun place where people can inspire each other and make friends", so please be mindful of your comments. xx